Which Chronotype are you? 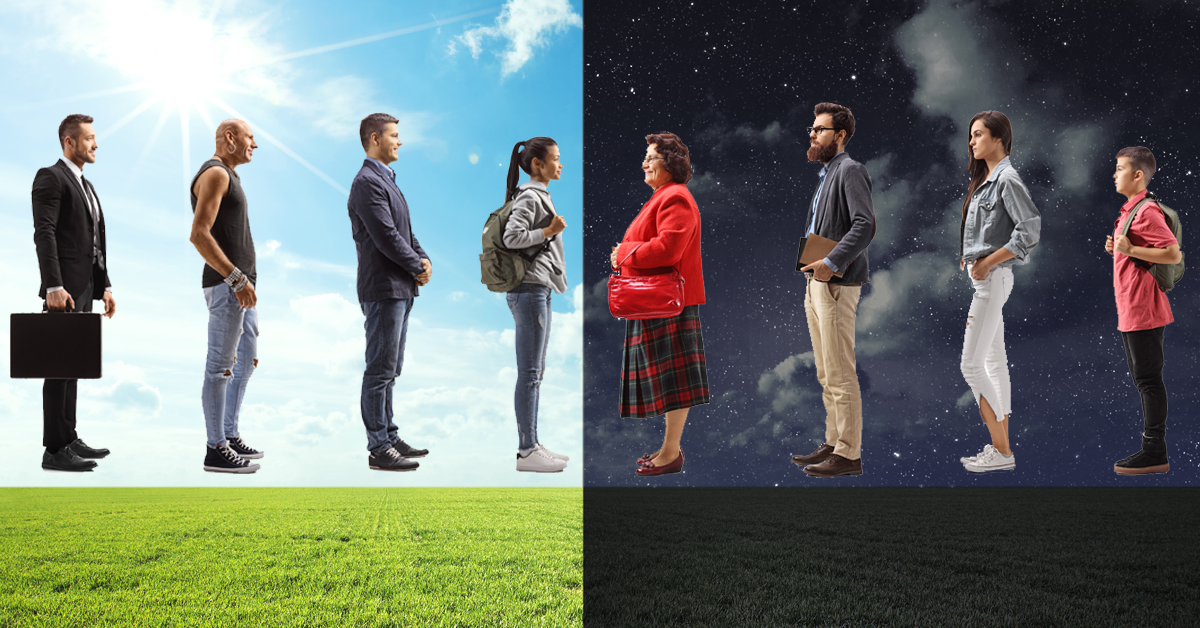 You may have heard about your circadian rhythm when it comes to sleep. So what is it?  It’s basically the 24 hour cycle that’s part of our body’s internal clock. It ticks along in the background to let the body run essential processes and functions. One of those is the sleep-wake cycle.

Light during the day signals alertness and helps keep us awake and active. At night, the body signals the start of the production of melatonin, a hormone to promote sleep and then signals are transmitted to help us stay asleep through the night.

However, our body clocks all work differently but can be put in four distinct categories which are known in the sleep world as chronotypes. They’re basically a person’s circadian type & the differences in activity during the morning and evening. Most of us typically fall into these four categories of chronotype: the bear, the lion, the wolf or a dolphin.

The reason we put them in animal groups is that they’re similar to that animal’s sleep and waking patterns or habits.So what type are you? To find out, take our quick quiz.  Below are the four chronotypes explained.

The most common chronotype, a bear is the middle of the road type of person with a sleep wake cycle that roughly follows the sun. They’re most alert and productive during the middle of the day and are easygoing, social types. They can wake easily and fall asleep with no problem but are prone to a bit of a post lunch dip in the mid afternoon when productivity falls off.

A bear fits into a great schedule – including office hours and school. However, a bear can be prone to undersleep during the working week and then try and make up for it over the weekends – so these inconsistent sleep habits can put the bear’s circadian rhythm out of sync. Around 50% of the population fall into this category.

Those who consider themselves a ‘night owl’ are likely in the wolf category. They love the evenings with their peak productivity in the late morning and in the early evening to late at night. A wolf type might not start feeling sleepy until midnight but they have trouble waking up in the morning and dragging themselves out of bed.

They can be called creative, even impulsive types with strong emotions & they struggle with the normal social timetable of daily life. Therefore, wolves are vulnerable to not getting enough sleep – they typically perform at their best with around seven hours. Approximately 15-20% fall into this category.

If you are a lion then you’re a morning person – an early riser who is optimistic and naturally disciplined. That discipline is especially true when it comes to going to bed each night. Your peak productivity is early in the morning and early afternoons.

The downside to being a lion is that you run out of steam in the evening – so might not be the life and soul of the party just as it gets going. Lions tend to fall asleep around 9pm-10pm. However, studies show that morning types like lions can have a better health outlook with a lower risk of things like obesity, cardiovascular disease and mental health problems. Around 15-20% of the population are lions.

The rarest chronotype is a dolphin with only around 10% of the population falling into this category. Dolphins have trouble following any sleep schedule – that’s because they are restless light sleepers who wake often during the night. When everyone’s minds are slowing down, a dolphin’s brain activity increases. They are usually highly intelligent and detail-orientated people but often anxious. There is some good news, a dolphin enjoys their peak productivity window from 10am to 2pm.

Nothing matters most than getting a great night’s sleep. Discover our range of Sleepyhead mattresses to suit your unique needs.
Compare our mattresses